Sometimes, coupled solvers provide just not quite the data that you need to couple. For instance, a fluid solver provides stresses at the coupling boundary, whereas a solid solver requires forces. In this case, you can use so-called coupling actions to modify coupling data at runtime. These coupling actions are essentially a set of functionalities that have access to coupling meshes and the corresponding data values. On this page, we explain how you can use them.
Edit me

There are two types of coupling actions: pre-implemented ones and user-defined ones. For the latter, you can access coupling meshes through a Python callback interface.

This example multiplies the stresses values by the respective element area, transforming stresses into forces. Please note that for this specific action, mesh connectivity information needs to be provided. (edges, triangles, etc. through setMeshEdge or similar API functions.

timing defines when the action is executed. Options are:

For more details, please refer to the XML reference.

Other than the pre-implemented coupling actions, preCICE also provides a callback interface for Python scripts to execute coupling actions. To use this feature, you need to build preCICE with python support.

Note: The primary purpose of the python interface is prototyping. If you need a native version of the action, please contact us on GitHub to develop and possibly integrate it into the project.

We show an example for the 1D elastic tube:

The callback interface consists of the following three (optional) functions:

performAction gives access to the coupling value arrays. You can store these values in global variables to grant access to the other two functions.

vertexCallback gives access to the geometric data of each vertex. This function is called successively for every vertex of the specified coupling mesh and you can use the corresponding geometric data.

postAction is called at the final step. You can perform any finalizing code after deriving information from the vertices, if wished.

Without the Python action, the 1D elastic tube gives the following results: 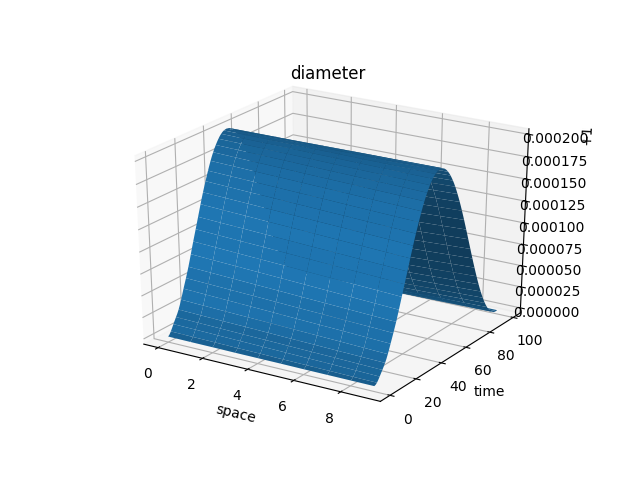 Now, we want to ramp up the pressure values written by the fluid solver over time. A feature often needed to get a stable coupled simulation.

With the Python action, you should now get the following results. Note the lower maximum diameter and the change at t=0.2 (t=20 in the graph). 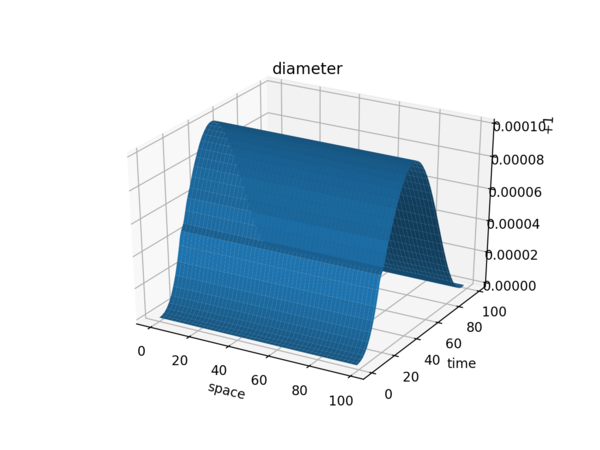