This tutorial describes how to run a fluid-structure interaction using preCICE and any fluid-solid solver combination of our officially provided adapter codes.
Edit me
Note: Get the case files of this tutorial. Read how in the tutorials introduction.

We model a two-dimensional fluid flowing through a channel. A solid, elastic flap is fixed to the floor of this channel. The flap oscillates due to the fluid pressure building up on its surface. The setup is shown schematically here: 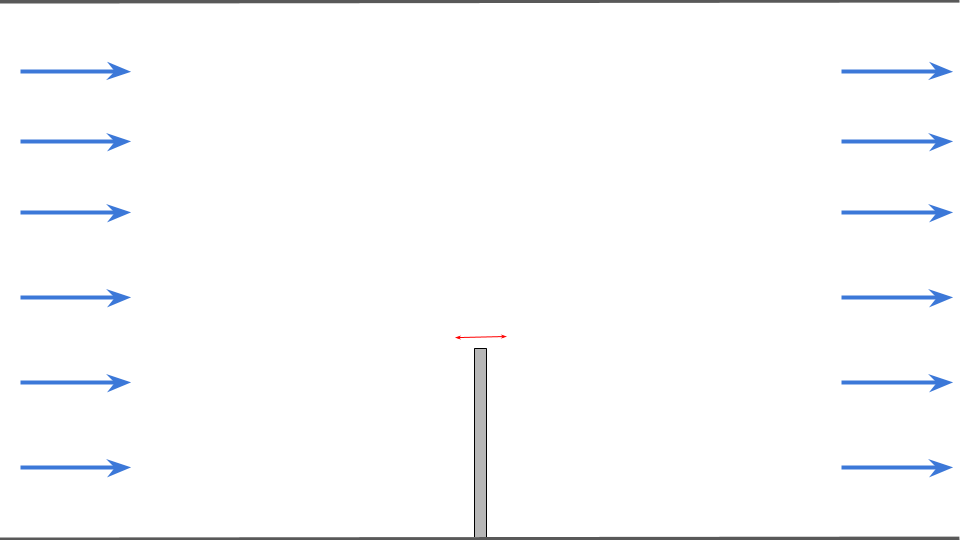 All listed solvers can be used in order to run the simulation. OpenFOAM can be executed in parallel using run.sh -parallel. The default setting uses 4 MPI ranks. Open two separate terminals and start the desired fluid and solid participant by calling the respective run script run.sh located in the participant directory. For example:

in order to use OpenFOAM and FEniCS for this test case.

How to visualize the simulation results depends on the selected solvers. Most of the solvers generate vtk files which can visualized using, e.g., ParaView.

CalculiX exports results in .frd format, which you can visualize in CGX (cgx flap.frd). In the CGX window, you can click-and-hold to select different times and fields, or to animate the geometry. If you prefer to work with VTK files, you can also use tools such as ccx2paraview or a converter included in the calculix-adapter/tools directory.

As we defined a watchpoint on the ‘Solid’ participant at the flap tip (see precice-config.xml), we can plot it with gnuplot using the script plot-displacement.sh. You need to specify the directory of the selected solid participant as a command line argument, so that the script can pick-up the desired watchpoint file, e.g. plot-displacement.sh solid-fenics. The resulting graph shows the x displacement of the flap tip. You can modify the script to plot the force instead.

There is moreover a script plot-all-displacements.sh to plot and compare all possible variants. This script expects all watchpoint logs to be available in a subfolder watchpoints in the format openfoam-dealii.log or similar. If you want to use this script, you need to copy the files over accordingly.

You should get results similar to this one: 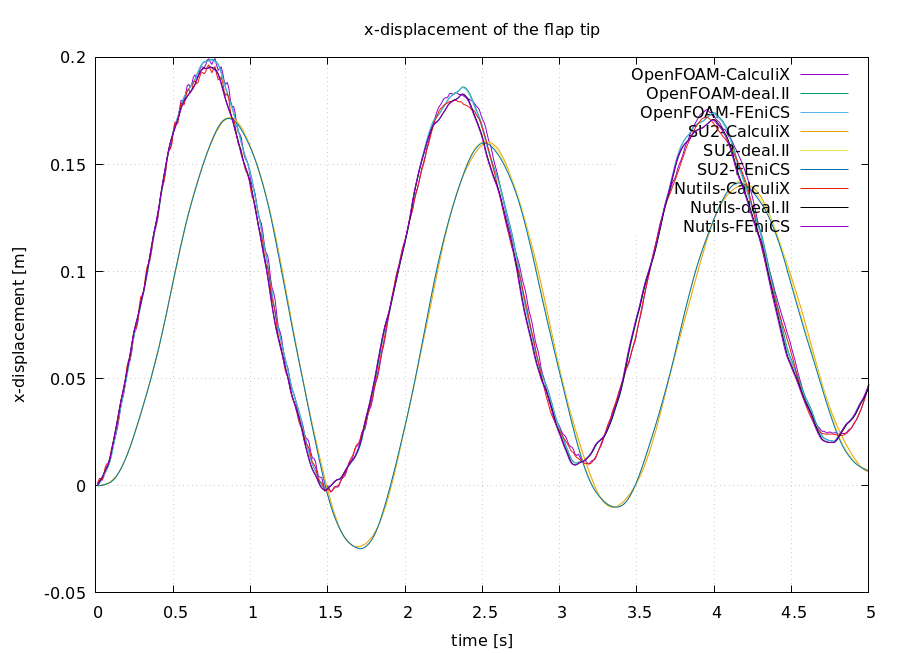 Reasons for the differences:

Disclaimer: This offering is not approved or endorsed by OpenCFD Limited, producer and distributor of the OpenFOAM software via www.openfoam.com, and owner of the OPENFOAM® and OpenCFD® trade marks.